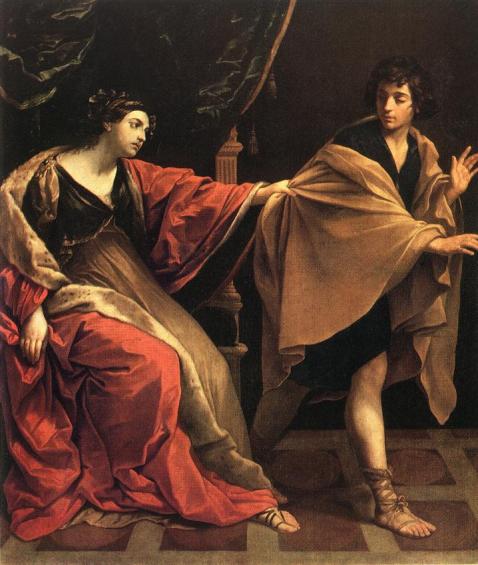 An old man used to say, “Flee from that love which subsists by means of the things which are corrupt, for with them a man also passes away and is destroyed.”

Whoever has tasted the sweetness of Christ will be diligently occupied in prayer, which, more than any labour, brings one near to God; for in prayer the mind is conmingled with God and becomes the image of its Maker and the recipient of his gifts and a fount of his mysteries.

Through prayer it opens the door to the treasuries of God and becomes his treasurer and the divider of his riches. Through prayer the mind is made worthy to behold the Glory of God an to abide in the majestic Cloud of Light, within the place of the spirits, in stupefaction and silence, void of impulses, in ecstasy, and wonderstruck at the beauty of the many-splendoured rays of light dawning upon it, stupefying the worlds at their sight, which are the life and delight of the spiritual beings, stilling their fiery impulses with their majestic beauty.

These are the unspeakable blessings bestowed on those who are engaged in prayer. Thereby they are called upon to be dwelling for God, and he will be their abode and their resting-place, void of all painful passions. For thereby the soul is united with Christ and thus it sees the glorious splendour of his majesty, and in his brilliance it sees the loveliness of its nature and it exults.

In the travail of prayer there blazes up in the soul the fire of Christ’s love, and the heart becomes frenzied with longing and sets all the members ablaze; it exults with love and loses control of itself. The world is obliterated from the heart as well as its impulses, and it awaits departure from it to be in God and to behold his face constantly for the delighting of its life.

The transcendent gifts of the Christian life are manifold. Some are general, like the second birth, redemption for the forgiveness of sins, justification by grace, sanctification by the blood of Christ. Others are personal, like the gift of love, humility, piety, the glowing of spirit in constant intimacy with the Lord, and so forth. The strength and efficacy of all these gifts, however, can never be manifested except through prayer.

The work of Christ to redeem from sin, to save from sin, and to bring victory over evil can never appear except through a life of prayer. Neither can the living testimony of the new birth be brought about without such life. Without a life of prayer, all attempts to declare these divine actions in man’s nature become false, theoretical, and a product of the ego or self-will. In such a case, the old Adam remains as he is with his inclinations, passions and earthly nature.

We should then accept these facts about prayer and set our hearts to them. We should resolve firmly to apply them with all our strength, which will cost us much effort and sacrifice. But whatever the sacrifice or effort, we will surely attain to all the transcendent mysteries of Christ – such mysteries as were previously only a matter of hearing.

This can be realised only when prayer becomes our supreme concern, our main preoccupation, which outweighs all other cares; our duty, which challenges all other duties; our pleasure, which surpasses every other pleasure. We would then pray at all times, in all circumstances, in all places, in all conditions. We would pray in an insatiable hunger for constant contact with Christ. In all this we would be urged by his words, deeds, actions, and character – as he said, “Learn from me” (Mt 11.29). 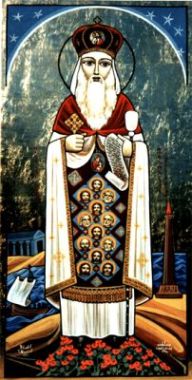 [On this day, the 7th of Bashons in the Coptic calendar, the commemoration of the departure of St. Athanasius the Apostolic is celebrated. May the prayers of this great Father be with us.]

If, then, it is by the sign of the cross and by faith in Christ that death is trampled underfoot, it is clear that it is Christ Himself and none other Who is the Archvictor over death and has robbed it of its power. Death used to be strong and terrible, but now, since the sojourn of the Saviour and the death and resurrection of His body, it is despised; and obviously it is by the very Christ Who mounted on the cross that it has been destroyed and vanquished finally.

When the sun rises after the night and the whole world is lit up by it, nobody doubts that it is the sun which has thus shed its light everywhere and driven away the dark. Equally clear is it, since this utter scorning and trampling down of death has ensued upon the Saviour’s manifestation in the body and His death on the cross, that it is He Himself Who brought death to nought and daily raises monuments to His victory in His own disciples.

How can you think otherwise, when you see men naturally weak hastening to death, unafraid at the prospect of corruption, fearless of the descent into Hades, even indeed with eager soul provoking it, not shrinking from tortures, but preferring thus to rush on death for Christ’s sake, rather than to remain in this present life? If you see with your own eyes men and women and children, even, thus welcoming death for the sake of Christ’s religion, how can you be so utterly silly and incredulous and maimed in your mind as not to realize that Christ, to Whom these all bear witness, Himself gives the victory to each, making death completely powerless for those who hold His faith and bear the sign of the cross?

No one in his senses doubts that a snake is dead when he sees it trampled underfoot, especially when he knows how savage it used to be; nor, if he sees boys making fun of a lion, does he doubt that the brute is either dead or completely bereft of strength. These things can be seen with our own eyes, and it is the same with the conquest of death. Doubt no longer, then, when you see death mocked and scorned by those who believe in Christ, that by Christ death was destroyed, and the corruption that goes with it resolved and brought to end.

[St. Athanasius the Great, On the Incarnation]

My brother, concerning the thought of God which you asked me to write you about, I do not understand your request. If it concerns the constant remembrance of Him, I know that the thought of Him always arises in your heart for your delight and for the destruction of passions and thoughts. And if you are seeking instruction about gazing on Him, I am sure that your understanding has been enlightened by the vision of His glory and has gone beyond all need of indications.

But since we are in the world of variations, and now and then because of happenings, temptations, and acts of Providence to reprimand us, sometimes the remembrance of God is cut off from our heart, and our souls are deprived of His vision, and we forget to think about Him. So we have need of indications to bring us back to remembering God and gazing on Him. According to my weakness, I am setting down notes for persons weak like me, that by them they might grow strong in the glory of God mighty forevermore:

That heaven and earth and all that is in them are full of God; that He passes through all and that his Nature is stretched out through all the natures, like the sun in the air; many know this by hearing of it. Fewer know it from snatches in books, but only rarely is it known from the vision of purity: this purity which takes delight in blessings and not in senseless words.

Let a person look on the immensity of God which covers all and passes over all. This constant remembrance of Him is certainly a great thing: it destroys the passions, defeats the demons, enlightens the intellect, and purifies the heart. But better than this is that a person seek his Life within himself. All the worlds may be full of Life, but if he is empty of it, what profit from what is outside? And if he is full of Life, what harm can death do to him from the outside?

So then look at God within yourself, how God is light (1 Jn 1:5). For his Nature is a glorious, many-splendored light. He manifests the light of his Nature to those who love Him in all the worlds – that is, his glory, not his Nature. And he changes the image of those who see it, to the likeness of his glory. Look within and see Him in your being, united to you as fire to iron within the furnace, and as moisture in your body.

An old man said, “Whensoever a man is praised it is meet for him to think upon his sins, and he should consider, saying, “I am unworthy of the things which are said about me.”