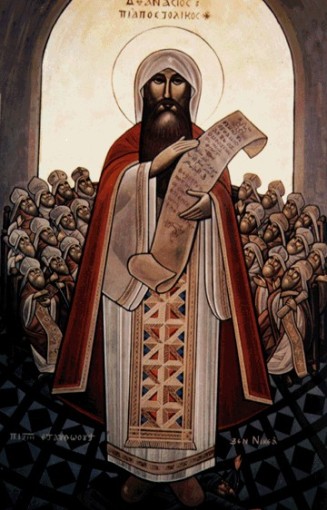 Now in dealing with these matters it is necessary first to recall what has already been said. You must understand why it is that the Word of the Father, so great and so high, has been made manifest in bodily form. He has not assumed a body as proper to His own nature, far from it, for as the Word He is without body. He has been manifested in a human body for this reason only, out of the love and goodness of His Father, for the salvation of us men. We will begin, then, with the creation of the world and with God its Maker, for the first fact that you must grasp is this: the renewal of creation has been wrought by the Self-same Word Who made it in the beginning. There is thus no inconsistency between creation and salvation for the One Father has employed the same Agent for both works, effecting the salvation of the world through the same Word Who made it in the beginning.

[St. Athanasius the Apostolic, On the Incarnation of the Word]