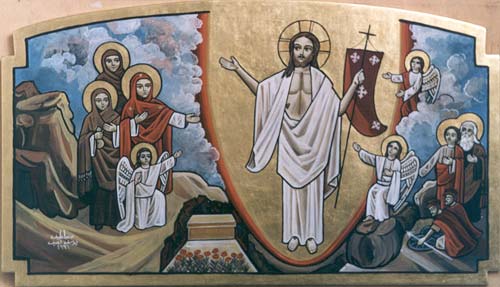 The Resurrection Is A Multi-Faceted Miracle: Here appears the miraculous power of God. How will the bodies be gathered once more after they changed into dust!? Isn’t it He who created and formed them from dust; from nothingness? Dust had been a nonentity before it existed. He who looks attentively at the resurrection from this side can consider the limitless power of God, our creator. It is enough for Him to wish and everything will be accomplished according to His will, even without an utterance. It is His will which is in root and essence an effective order, capable of doing everything. We consider the resurrection a miracle not owing to its difficulty but because our mind is unable to perceive how it takes l place!! But though the mind fails to comprehend that matter, yet faith can easily understand it. Thus, the resurrection is the creed of the believers.