[On this day the Coptic Orthodox Church celebrates the Glorious Feast of the Cross: may the Lord’s victory on the cross be a strength and reminder to us all this day.]

But God forbid that I should boast except in the cross of our Lord Jesus Christ, by whom the world has been crucified to me, and I to the world. (Galatians 6:14)

Truly this symbol is thought despicable; but it is so in the world’s reckoning, and among men; in Heaven and among the faithful it is the highest glory. Poverty too is despicable, but it is our boast; and to be cheaply thought of by the public is a matter of laughter to them, but we are elated by it. So too is the Cross our boast. He does not say, I boast not, nor, I will not boast, but, Far be it from me that I should, as if he abominated it as absurd, and invoked the aid of God in order to his success therein.

And what is the boast of the Cross? That Christ for my sake took on Him the form of a slave, and bore His sufferings for me the slave, the enemy, the unfeeling one; yea He so loved me as to give Himself up to a curse for me. What can be comparable to this! If servants who only receive praise from their masters, to whom they are akin by nature, are elated thereby, how must we not boast when the Master who is very God is not ashamed of the Cross which was endured for us.

Let us then not be ashamed of His unspeakable tenderness; He was not ashamed of being crucified for your sake, and will you be ashamed to confess His infinite solicitude? It is as if a prisoner who had not been ashamed of his King, should, after that King had come to the prison and himself loosed the chains, become ashamed of him on that account. Yet this would be the height of madness, for this very fact would be a special ground for boasting. 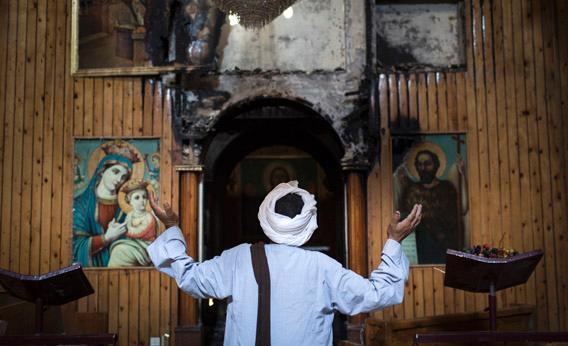 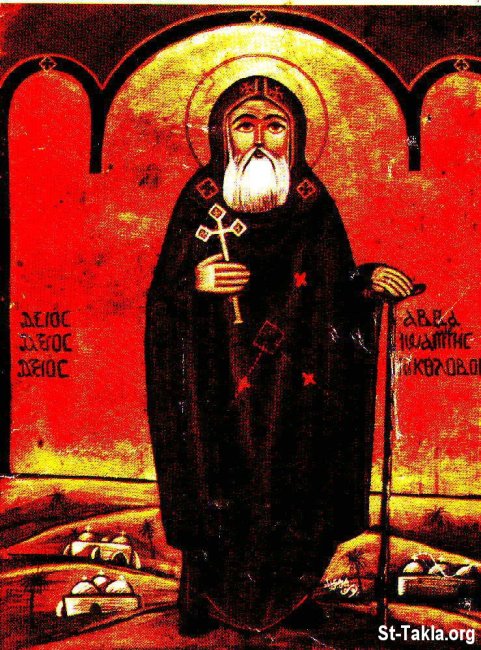 Abba John used to say, concerning the soul which wishes to repent: ‘There was in a city a courtesan who had many lovers. One of the governors approached her, saying, “Promise me you will be good, and I will marry you.” She promised his and he took her and brought her to his house. Her lovers seeking her again, said to one another, “That lord has taken her with him to his house, so if we go to his house and he learns of it, he will condemn us. But let us go to the back, and whistle to her. Then, when she recognizes the sound of the whistle she will come down to us; as for us, we shall be unassailable.” When she heard the whistle, the woman stopped her ears and withdrew to the inner  chamber and shut the doors.’ The old man said that this courtesan is our soul, that her lovers are the passions and other men; that the lord is Christ; that the inner chamber is the eternal dwelling; those who whistle are the evil demons, but the soul always takes refuge in the Lord. 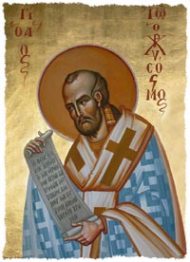 We then, as workers together with Him also plead with you not to receive the grace of God in vain. For He says:

“In an acceptable time I have heard you,
And in the day of salvation I have helped you.” (Is 49:8)

For, “Behold,” he saith, “now is the acceptable time; behold, now is the day of salvation.” Let us therefore not let slip the favorable opportunity but display a zeal worthy of the grace. For therefore is it that we also press forward, knowing both the shortness and the suitableness of the time.

Wherefore also he said; “And working together we intreat also. Working together” with you; `for we work together with you, rather than with God for Whom we are ambassadors. For He is in need of nothing, but the salvation all passeth over to you.’ But if it is even with God that he speaks of working together, he repudiates not even this [interpretation]; for he says in another place, “we are God’s fellow-workers:” (1 Corinthians chapter 3, verse 9) in this way, sixth he, to save men. Again, “We entreat also.” For he indeed, when beseeching, doth not barely beseech, but sets forth these His just claims; namely, that He gave His Son, the Righteous One that did not so much as know sin, and made Him to be sin for us sinners, that we might become righteous: which claims having, and being God, He displayed such goodness. But what we beseech is that ye would receive the benefit and not reject the gift. Be persuaded therefore by us, and “receive not the grace in vain.” For lest they should think that this of itself is “reconciliation,” believing on Him that calleth; he adds these words, requiting that earnestness which respects the life. For, for one who hath been freed from sins and made a friend to wallow in the former things, is to return again unto enmity, and to” receive the grace in vain,” in respect of the life. For from “the grace” we reap no benefit towards salvation, if we live impurely; nay, we are even harmed, having this greater aggravation even of our sins, in that after such knowledge and such a gift we have gone back to our former vices.

This however he does not mention as yet: that he may not make his work harsh, but says only that we reap no benefit. Then he also reminds of a prophecy, urging and compelling them to bestir themselves in order to lay hold of their own salvation.”For,” saith he, “He saith,”At an acceptable time I hearkened unto thee, “And in a day of salvation did I succor thee:”behold, now is the acceptable time: behold, now is the day of salvation.””The acceptable time.” What is this? That of the Gift, that of the Grace, when it is appointed not that an account should be required of our sins nor penalty exacted; but besides being delivered, that we should also enjoy ten thousand goods, righteousness, sanctification, and and all the rest.

For how much toil would it have behoved us to undergo in order to obtain this “time!” But, behold, without our toiling at all it hath come, bringing remission of all that was before. Wherefore also He calls it “acceptable,” because He both accepted those that had transgressed in ten thousand things, and not acceded merely, but advanced them to the highest honor; just as when a monarch arrives, it is a time not for judgment, but for grace and pardon. Wherefore also He calleth it acceptable. Whilst then we are yet in the lists, whilst we are at work in the vineyard, whilst the eleventh hour is left [us], let us draw nigh and show forth life; for it is also easy. For he that striveth for the mastery at such a time, when so great a gift hath been shed forth, when so great grace, will early obtain the prizes. For in the case of monarchs here brow also, at the time of their festivals, and when they appear in the dress of Consuls, he who bringeth a small offering receiveth large gifts; but on the days in which they sit in judgment, much strictness, much sifting is requisite.

Let us too therefore strivefor the mastery in the time of this gift. It is a day of grace, of grace divine; wherefore with ease even we shall obtain the crown. For if when laden with so great evils He both received and delivered us: when delivered from all and contributing our part, shall He not rather accept us? 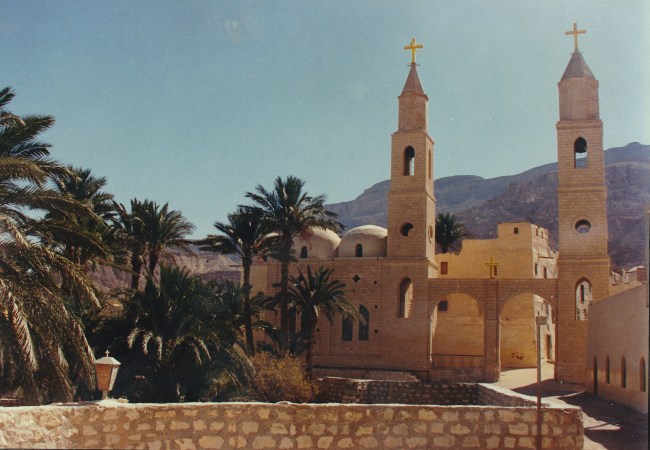 In his youth Abba John the Eunuch questioned an old man, “How have you been able to carry out the work of God in peace? For we cannot do it, even with our labour.” The old man said, “We were able to do it, because we considered the work of God to be primary, and bodily needs to be subsidiary; but you hold bodily necessities to be primary and the work of God to be secondary; that is why you labour, and that is why the Saviour said to the disciples, “Seek you first the kingdom and his righteousness, and all these things shall be yours as well.”