The parents of a young girl died, and she was left an orphan; she was called Paesia. She decided to make her house a hospice, for the use of the Fathers of Scetis. So for a long time she gave hospitality and served the Fathers. But in the course of time, her resources were exhausted and she began to be in want. Some wicked men came to see her and turned her aside from her aim. She began to live an evil life, to the point of becoming a prostitute. The Fathers, learning this, were deeply grieved, and calling Abba John the Dwarf said to him, ‘We have learnt that this sister is living an evil life. While she could, she gave us charity, so now it is our turn to offer her charity and to go to her assistance. Go to see her then, and according to the wisdom which God has given you, put things right for her.’

So Abba John went to her, and said to the old door-keeper, ‘Tell your mistress I am here.’ But she sent him away saying, ‘From the beginning you have eaten her goods, and see how poor she is now.’ Abba John said to her, ‘Tell her, I have something which will be very helpful to her.’ The door-keeper’s children, mocking him, said to him, ‘What have you to give her, that makes you want to meet her?’ He replied, ‘How do you know what I am going to give her?’ The old woman went up and spoke to her mistress about him. Paesia said to her, ‘These monks are always going about in the region of the Red Sea and finding pearls.’ Then she got ready and said to the door-keeper, ‘Please bring him to me.’ As he was coming up, she prepared for him and lay down on the bed.

Abba John entered and sat down beside her. Looking into her eyes, he said to her, ‘What have you got against Jesus that you behave like this?’ When she heard this she became completely rigid. Then Abba John bent his head and began to weep copiously. She asked him, Abba, why are you crying?’ He raised his head, then lowered it again, weeping, and said to her, ‘I see Satan playing in your face, how should I not weep?’ Hearing this, she said to him, Abba, is it possible to repent?’ He replied ‘Yes.’ She said, ‘Take me wherever you wish.’ ‘Let us go,’ he said and she got up to go with him. Abba John noticed that she did not make any arrangements with regard to her house; he said nothing, but he was surprised.

When they reached the desert, the evening drew on. He, making a little pillow with the sand, and marking it with the sign of the cross, said to her, ‘Sleep here.’ Then, a little further on, he did the same for himself, said his prayers, and lay down. Waking in the middle of the night, he saw a shining path reaching from heaven to her, and he saw the angels of God bearing away her soul. So he got up and went to touch her feet. When he saw that she was dead he threw himself face downwards on the ground, praying to God. He heard this: ‘One single hour of repentance has brought her more than the penitence of many who persevere without showing such fervour in repentance.’ 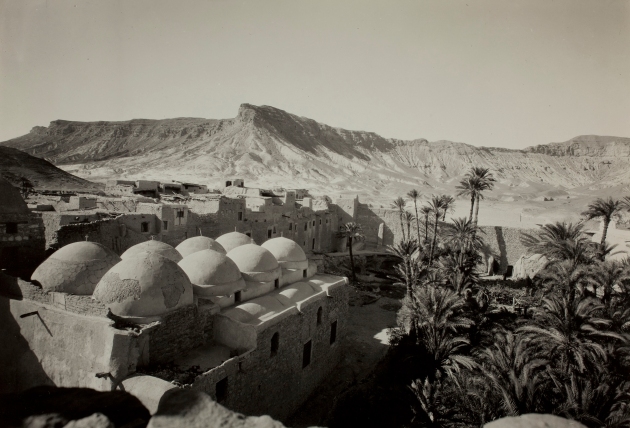 Abba John used to say, “The whole company of the holy men is like a garden which is full of fruit-bearing trees of various kinds, and wherein the trees are planted in one earth, and all of them drink from one fountain; and thus is it with all the holy men, for they do not have one rule only, but several varieties, and one man labours in one way, and another man in another, but it is one Spirit which operates and works in them.”

Abba John said, ‘I am like a man sitting under a great tree, who sees wild beasts and snakes coming against him in great numbers. When he cannot withstand them any longer, he runs to climb the tree and is saved. It is just the same with me; I sit in my cell and I am aware of evil thoughts coming against me, and when I have no more strength against them, I take refuge in God by prayer and I am saved from the enemy.’ 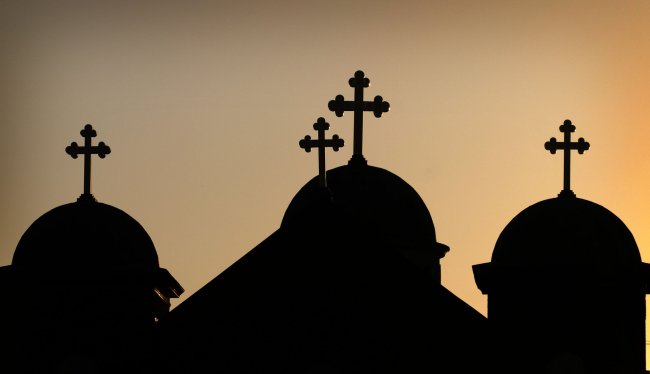 Abba Poemen said about Abba John the Short that he besought God, and the passions were taken away from him, he then became without a care. Going to an elder, he announced to him, “I see myself reposing, with no battle to fight.” The elder said to him, “Go and beseech God for the battle to come upon you, for it is by fighting battles that the soul makes progress.” The battle came, and he no longer prayed for it to be taken away; he said, “Lord, give me patience in the battles.”

Abba Poemen said, “There is no greater love than that a man lays down his life for his neighbour. When you hear someone complaining and you struggle with yourself and do not answer him back with complaints; when you are hurt and bear it patiently, not looking for revenge; then you are laying down your life for your neighbour.”

It happened that when Abba Arsenius was sitting in his cell that he was harassed by demons. His servants, on their return, stood outside his cell and heard him praying to God in these words, ‘O God, do not leave me. I have done nothing good in your sight, but according to your goodness, let me now make a beginning of good.’

Recite constantly the word of God. Put up with fatigue and “be grateful for everything” (1 Th 5:18). Shun the praise of men and love the one who, in the fear of the Lord, reprimands you. Let every man be profitable to you so that you may be good to everyone. Persevere in your work, and in language be above reproach. Do not take one step forward, then a step backward, that God may not detest you; for the crown shall go to the one who perseveres (c.f. Mt. 10:22). Be ever more obedient to God and He will save you.

Once as the abbot Macarius was passing through Egypt with some brethren, he heard a child say to his mother, ‘Amma, a rich man loves me, and I hate him; and a poor man hates me, and I love him.’ The abbot Macarius wondered when he heard it. The brethren said to him, ‘What was there to wonder at in the saying, father?’ The old man said to them, ‘Truly our Lord is rich and loves us and we will not listen to Him; but our enemy the Devil is poor and hates us, and we love his uncleanness.’ 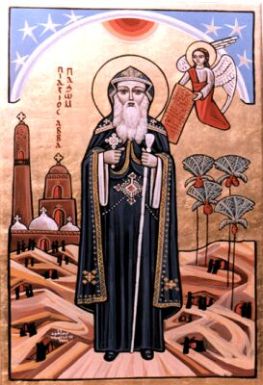 My son, I ask you to be watchful and to be on your guard, acquainted with those who lie in ambush against you.

the spirits of greed and trafficking, of perjury and dishonesty, and that of jealousy walk hand in hand;